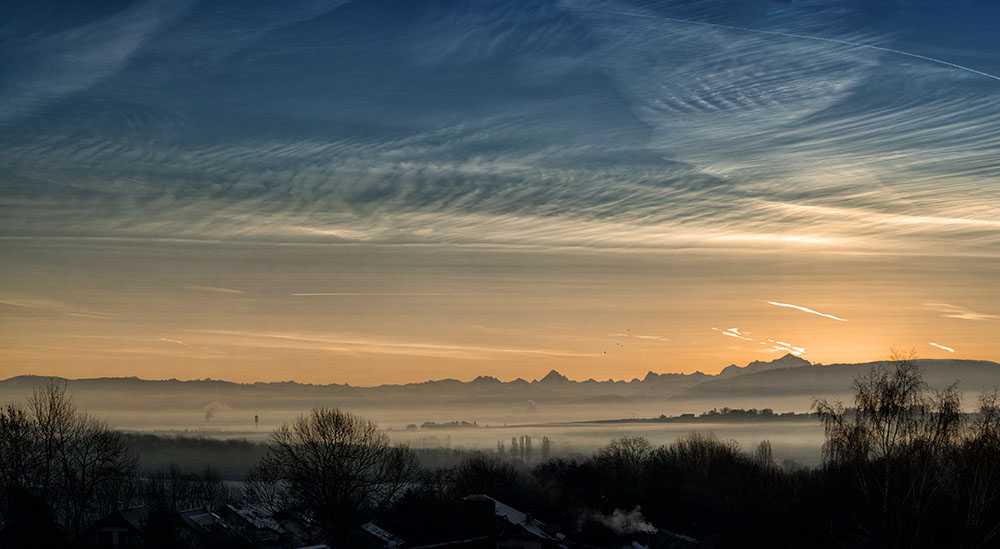 Today we are going to present a somewhat special test, similar as the one for the Phase One IQ260. Here we are dealing with state-of-the-art equipment which we don’t get to see very often but which offers a very impressing quality.

Actually, I am going to talk to you about the Roundshot VR Drive , a panorama head which is 100% automated and which its manufacturer declares to be “The world’s most advanced panoramic VR head”. This head offers a lot of possibilities: automated image capture for a simple panorama with one row or up to a 180×360° spherical panorama, timelapse photography, object movies on a turntable and even more complex movements for video capture.

The VR Drive is exclusive equipment “made in Switzerland”, manufactured in the most pure tradition of quality and precision which build the foundation of this country.

This product is presented here along the lines of my articles on panoramic photography. But enough said, let’s get started with the unit.

Presentation of the VR head: 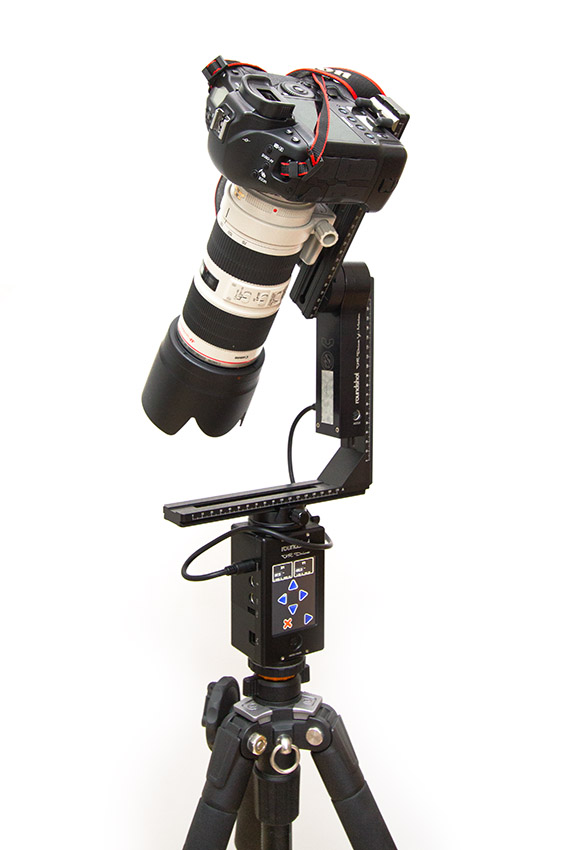 Once it is mounted on a tripod, the Roundshot VR Drive presents itself as an impressive panorama head. When taking a closer look we can perceive the uniqueness of the unit.

This head consists of three parts:

The Roundshot VR Drive is compatible with most digital SLR cameras on the market. They are connected to the motor using a dedicated cable to release the camera. Alternatively, a USB cable can also be used to accurately control the exposure speed, which effectively enables HDR photography with as many images as desired.

Apart from these obvious possibilities, what does this panorama head offer in the field? This is what we are going to see step by step.

Set-up of the head: 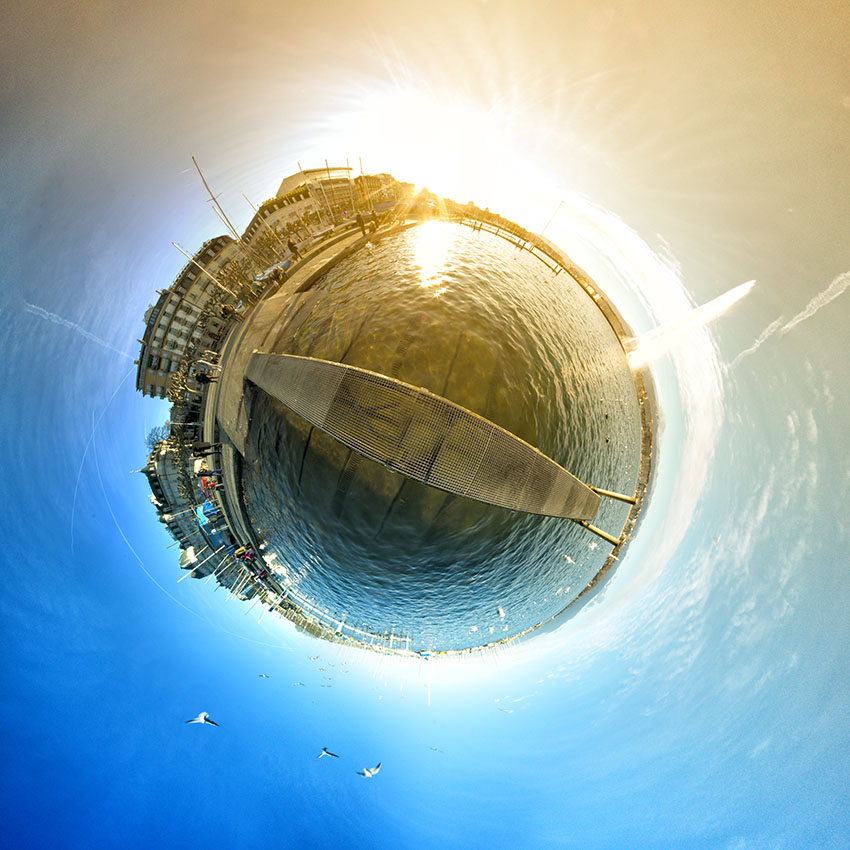 When receiving the head it is surprising to see that the unit fits into such a small shipping box. We can say that the VR Drive is very well packed and protected by foam. It gives the feeling that the packaging was carefully thought through to keep everything compact.

At first sight, the unit assembly may look a bit complex, but that’s just at first glance.

Actually, inside the box we can find a USB key on which we find a complete instruction manual which explains step by step everything we need to know – and when I say everything it is everything! For those who are not familiar with panoramic heads there are very clear tips on how to get started. These tips are useful even for other VR solutions, not only the Roundshot VR Drive.

The extensive number of pages may seem impressive, but the reading is simple and the procedures are very well illustrated.

Programming the VR Drive is very simple and depending on the selected options can offer numerous possibilites and options.

It is possible to program the most simple panoramic sequences with only two images up to complex panoramic 180×360° views, ideal for virtual tours.

The panoramas can be created in HDR with as many images as desired, the bracketing being controlled directly by the Roundshot VR Drive.

We can program timelapse sequences with precise movements in automated fashion or produce 360° object movies as well as accurate camera sweeps for video footage.

Once the user is familiar with the instruction manual and has done two or three trials with the system, the set-up will be very fast and easy.

The VR head comes pre-programmed with those cameras that the user indicated to use, which helps to save time. But even if you need to add a new camera this can be done without any problem and its set-up is really simple.

From the programming of a new camera to the definition of the nodal point and the saving of the desired program, less than three minutes are required.

If the camera is already in the right position and saved in the data base, there is only the programming to be done. In that case it is a real piece of cake.

As we can see in this video, everything is done in a very intuitive way. The VR Drive will work on its own. There is even a remote control to start a sequence, for example if you create a virtual tour in a confined space.

When creating a panorama with a standard head the image capture is hard work. We take a picture, change the angle, then take another picture and so on while verifying the overlap for every position.

With a wide-angle lens, typically a 14mm, we can get a 180×360° panorama with 6 images. However, with a reduced field of view of the lens, more images are required, making the image capture more time consuming and the set-up more complex.

However, with the Roundshot VR Drive these troubles are irrelevant, because once it is programmed it executes your instructions very precisely.

This is why the creation of a virtual tour or even a gigapixel project becomes very easy. Even more so because this VR head supports up to 20kg of load while preserving its high precision. Practically, this means that you can attach any gear of your desire.

The productivity and the precision are really impressive. A professional in the field will discover very quickly how to take advantage of the investment.

When setting up a VR Drive program it is possible to determine its execution time, from non-stop image release in speed mode (for a 180×360° in less than 10 seconds) up to the slowest movement possible. All parameters are accessible and we can use the equipment in absolutely all situations.

The precision is impressive and is true to the standards of Swiss watchmaking!

It is possible to choose the overlap to increase precision. But with a stitching program such as Autopano and its XML file to define the image positions (which I will explain later) the factory setting is perfectly sufficient. 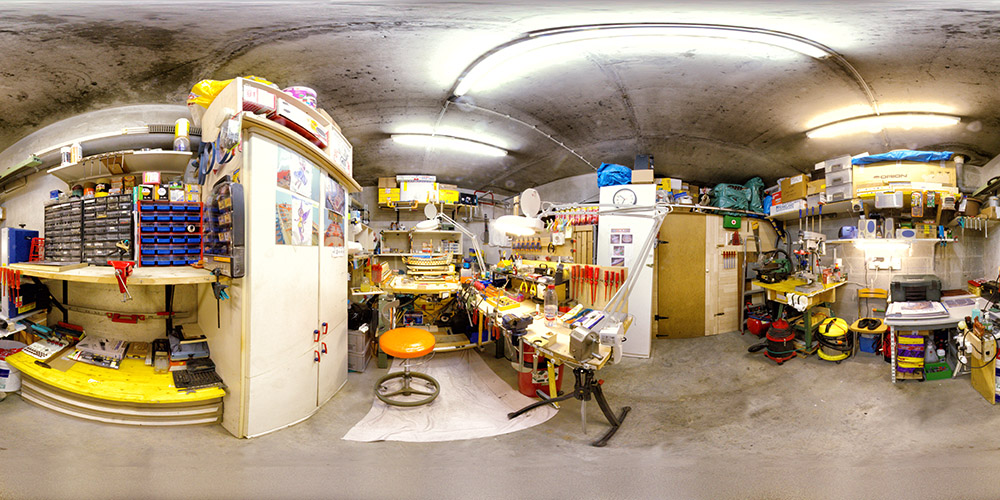 As explained above, the Roundshot VR Drive allows different image capture modes which we are now going to explain in detail.

In its base configuration the VR Drive does not allow all possible software configurations. These are options that can be added if required which is a very good idea.

Effectively, imagine that you only want to create simple panoramas. Why would you pay for advanced software options when you only need the most simple modes which are largely sufficient?

In the same spirit, somebody who creates virtual tours will not require the turntable and somebody who does not produce videos will not need the option for video control.

For this test, the Roundshot VR Drive provided to me contained all software options to allow a complete assessment of its potential.

However, the Roundshot VR Drive goes even beyond, because it does not limit itself to image capture. It also helps you to…

To allow best possible image management, the Roundshot VR Drive is integrated in a complete workflow.

For example, it is possible to analyse every image to easily remove fixed elements which are disturbing, typically the cables which can be visible in the images. This feature will also help to create a clean nadir which can be reintroduced in the sequence.

The VR Drive also delivers an xml file that indicates to a third-party stitching program the position of every image and their sequence.

The main advantage of this file resides in enabling an efficient stitching even in difficult conditions, because the software does not need to guess the position and orientation of every image. The software will thus concentrate on finding the matching points to stitch the images together.

For any imaginable type of image taking, the software will provide valuable help to make life easy.

The world’s most advanced panorama head:

As you have guessed, this high-end gear nearly reaches perfection and when using it you become a fan very quickly.

If I had one suggestion to make, it would be to rotate the y-axis as for the Gobi head to make a clean nadir capture even more simple.

When it comes to price, precision has its value and the Roundshot VR Drive is not cheap. However, given the high build quality we cannot say that its price is excessive, either. Even more so when considering that the device can be configured to your own needs, so that there is no need to pay for features that you will not use.

For those photographers who do not have the budget to buy the VR Drive, there is the option to use it from time to time by renting the equipment at competitive prices.

For further information, prices and specifications, I invite you to visit directly the Roundshot VR Drive page on the Seitz website.

The manufacturer claims that the Roundshot VR Drive is the most advanced panorama head in the world. This is no lie and they have reasons to declare this with pride. This VR head is truly extraordinary – the true state-of-the-art in its field!

To be very honest, I had the VR Drive on loan for one month and I had a hard time to give it back. I can only recommend it!

Best of luck to you and good success for your panoramas! 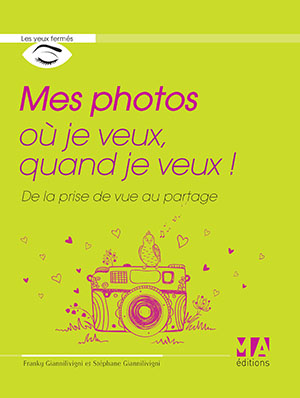 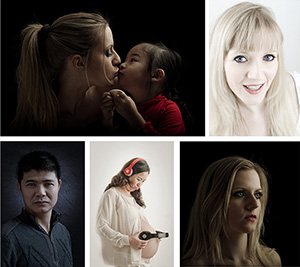 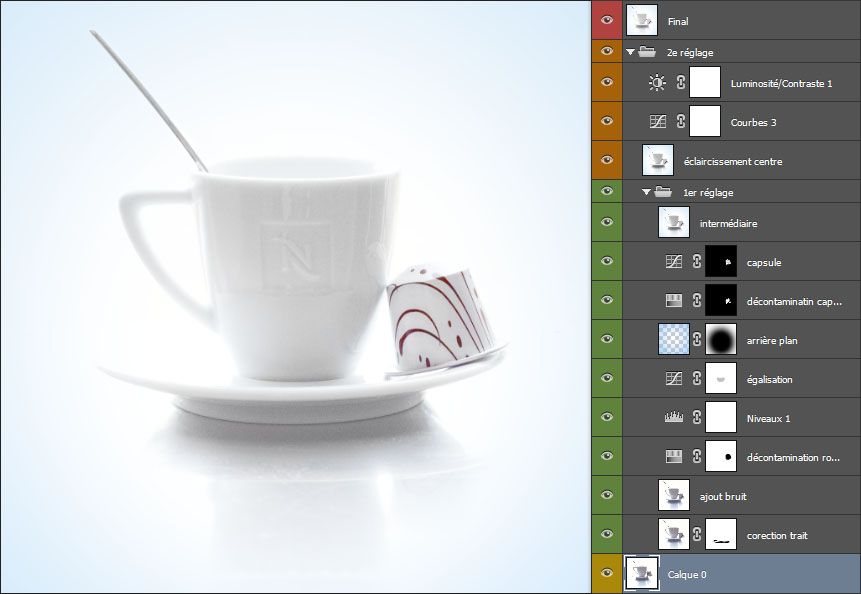 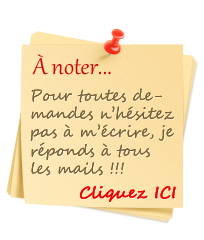